I began a romantic relationship with Scott Troyer when he was only 11, though I'd known him since he was about five when I first encountered him drinking at the National Press Club.

I was a much older woman. I must have seemed ancient to him upon our first meeting, when I was 22, just as a dog would look at a human and say, "man, that broad is old as the hills."

Despite an age difference of nearly four and a half decades, we took a leap of faith and got married at a time when many Jewish boys were having their bar mitzvahs. It seems to have worked. This year, we celebrated our 14th wedding anniversary.

On February 29th, Scott will be celebrating a big birthday. He'll turn 15-years-old. Later this year, I will turn 60. I've realized the age gap is looking more distinct the older we get. I'm getting creaky, he's still spry. I shelter in the house while he drinks beer and throws the Kong for Finnigan in all kinds of weather.

Enough about me. This story is about Scott and the life he has packed into those 15 years.

He was born to Margaret and Warner Troyer on a Leap Year in 1956, in the year of the monkey, same as me.

Scott spent much of his early years sitting in the shade of a studio camera. It was during these formative years that Scott realized that cameramen had much more fun than journalists, and so he set a career path in television news behind the lens. He's been there ever since.

He's won some pretty big awards, like a Gemini for his part in CBC's coverage of the Tienanmen Square Massacre. He was also part of the team that produced A Shift in the ER, with Hannah Gartner, along with a couple of fun awards for music documentaries.

At the same time, he's lived under the epic shadow of his father, Warner, who was a hard act to follow. Warner was a famous journalist, a guy who lived large, a man who used to joust with Patrick Watson in the backyard, with each man using his wooden leg as a weapon. Warner went on to marry twice more leaving Scott in the care of his devoted mother Margaret who supported her big family on a nurse's salary while the famous dad chased his dreams.

It was Warner who gave Scott his ambition, and it was Margaret who gave him his humanity.

Early on, Scott took on the role of big brother, with his brothers and sisters following behind him like ducklings. He took them on many adventures, by train, to the cottage always chasing after Dad. But it was Scott who kept them safely under his wing. And that is why, even today, his sisters are so devoted to him.

Scott was the brother with big shoulders, the one who threatened off his sister's suitors when they acted in a nefarious fashion, the one who was always good for a loan, or a helping hand when one or two of the other kids -- and dad -- fell on hard financial times.

That's Scott for you.

After he left his big job at CBC, Scott turned his attention to another family, ours. He proved to be an exceptional step-dad to my three little ducklings and their gaggle of seemingly homeless friends. It's hard to like teenagers at the best of times, and they did try his patience. Scott once told me that living with my brood of teens was like living with raccoons.

Still, he got an A for effort.

Scott baked bread, made hero sandwiches and vats of stew and spaghetti sauce. He held the hair of puking girls, picked up the kids from parties, took them to the hospital when needed, drove to Cornwall in a snowstorm on one of Marissa's basketball adventures. I like to think of him as "step-up" Dad because he embraced our little family as his own. He earned the right to walk Marissa down the aisle, but chose to stand behind the camera instead. It's just his way.

Forgive me for being dewy when I see Scott swing our granddaughter Skylar over his head. Fifteen-year-olds can do that, not 60-year-olds like me. He's just a big kid, always has been, always will be.

A person couldn't do better than having Scott Troyer as a friend. And he is beloved by little old ladies everywhere. In his brief stint working on Parliament Hill as Communications Director for the Tory Party, he used to carry Elsie Wayne's purse.

That's humility for you.

Did I say he is clever? He built most of the furniture in my house using his grandfather's joiner and other tools that are more than a century old. He can solve any puzzle even though he was diagnosed as dyslexic as a child.

And he is the dog whisperer. Scott never met a dog he didn't like, not even Gordie who peed in his shoes, or Finnigan who is still in our home when other Labs would have long ago been taken to the shelter for crimes against property, harassment of mail carriers and indignities to himself. Scott never complained. To him, all dogs are worthy of his love and affection. 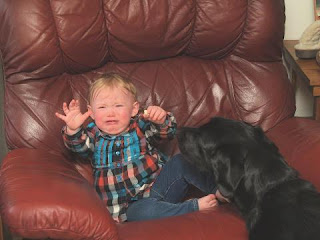 My husband has done a lot with his 15 years on Planet Earth. He travelled the world with six prime ministers, witnessed unspeakable atrocities as a videographer, saw innocent men, women and children gunned down, felt bullets whiz by his ear, captured images of bodies floating in the ocean after Air India. The worst was Tienanmen Square. Scott said he couldn't attend a barbecue for a year after smelling the burning flesh of idealistic students.

I guess that makes him a terrific dinner guest.

He has rubbed shoulders with the glitterati, eaten ketchup soup with Mickey Spillane, travelled through China with cocaine tucked into the zippered collar of his leather jacket, picked up a famous journalist, naked, from the middle of a gutter in Washington, shot footage out the door of a helicopter, off a destroyer, and in the middle of the rainforest.

In a way, he's seen it all, through the viewfinder: the good, the bad and the ugly. 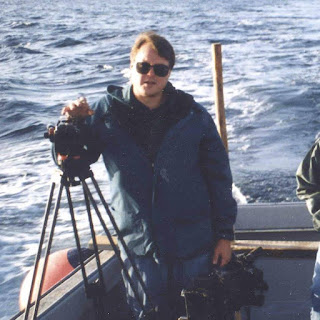 Even after all of that, he still has love in his heart and time for his fellow man and woman.

In short, he's the kind of man anybody would be glad to know and call their friend.

(I only get to wish him Happy Birthday once every four years.)

So let's make the most of it.

I bought my first cookbook in 1974, when I left home for the first time. It was entitled, Chatelaine's Adventures in Cooking, and it ... 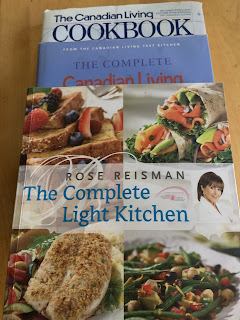