When the teacher calls your child "stupid"

When my brother Gary was a young lad attending public school, the teacher called in my mother for a conference.
"Mrs.. Simpson, I don't know what to do with Gary," the teacher said. "He's stupid."
Gary wasn't stupid, of course. He was just one of those students who might have been called special needs in our current education system. But he didn't have special needs. He just needed to be taught differently.
There was no help for kids like Gary back in the 60s.
Fortunately for him, he majored in perseverance.
Gary is a rower and a marathon runner. He doesn't give up even when faced with adversity.
His struggle did one thing. It made him dogged, and as a result of his sheer pig-headed determination, he went on to get his undergrad degree and a masters. He is now a principal in London, Ontario who works with kids with ADHD and other learning issues. A few years back, he was named principal of the year in London. Our family could not be more proud.
My own son, Nicholas, also struggled with myriad learning issues and developmental delays.
Despite having a house full of books, Nick couldn't read at all in first grade. Heck, he could barely talk.
His lack of literacy made him a teacher's scapegoat. He became frustrated and acted out.
As he himself will tell you, Nick had his own special corner of the classroom because he was so disruptive.
It's not that Nick was "stupid". Like his Uncle Gary, he just needed to be taught differently. So I hired a tutor and used a phonetic program I'd bought online. Within weeks, he was reading at an advanced level, up from not reading anything at all. And like Uncle Gary, being the class scapegoat toughened him up and made him determined. Today, he is the author of two books and has more than 4,000 followers on his Wordpress blog, Retcon Poet.
Not bad for an illiterate, eh?
Not every kid, or parent has the resources to move the rocks put in front of them.
A lot of kids just drop out altogether, and their parents simply give up.
But they don't have to.
Which leads me to my guest blog today written by my friend and former Carleton University classmate, Tom Berend. Tom and his wife Michelle have dedicated hours of their time to help kids in Toronto to learn to read. He has a unique perspective on the issue. If you know any kid who needs help, I urge you to read this blogpost below.
I wish I'd had this resource when Nick was small. It would have saved me a lot of grief.

Those of you who are forced to "social distance" will be happy to know that it will get better. The children will even... 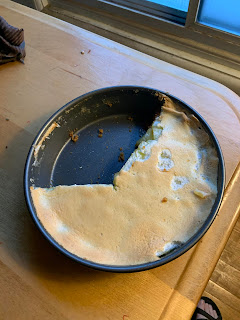